I was having coffee with a dear friend the other day, which at this stage in my life is rare and worth gold.  I have known this friend for a handful of years now.  This friend and I have a lot in common, we both thrive in nature, our hearts sing when looking at or creating art, both of our hubbies have been pastors, we worked for Serve Asia on the same team for a fear years, we both have strong passions and desires, and a year ago she gave birth to her first baby and so we also became co-mammas.
During this last golden gift of time we were talking about being moms-the joys, the sillies, the realities, the exhaustions, and the struggles.  One of the struggles she brought up is something I have also struggled with, how does a mom keep her own identity once she has kiddos?  Or, does she keep her identity?  Does it become something new?  Does she lose it all together?  I know a lot of moms that hold on so tightly to their babes that they lose themselves.  Both my friend and I are aware of that reality and do not want that to be us as we parent our kids. 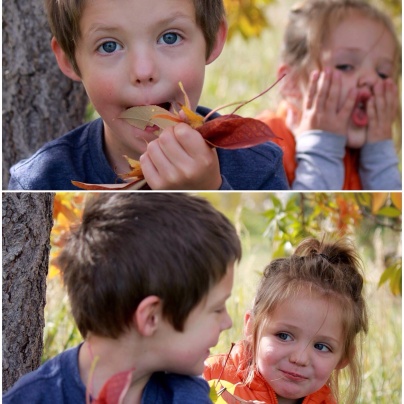 A unique piece my friend added to the discussion is how many friends she had that lost babies, pre-term or after birth during her journey of being pregnant.  It was an extremely hard thing for her to go through as she herself was carrying her child and consoling other moms grieving theirs.  It also gave more emphasis to the perspective that her child is not her own, he is the Lord’s, and that while as his mommy, she can do what she can to protect him and love him and make the best possible life for him, ultimately, his life is in the Lord’s hands.  He is the Lord’s.  My Husband and I try to have this prospective as well, we are keenly aware that our kids are a gift to us that we get to cherish, but that we also know the number of breaths and moments our kids have is up to the one who gave us them as a gift in the first place.

It was during that conversation that I decided to ask my friend a question, mainly because it is a question I have been wrestling with.   “We know our kids are the Lord’s, but whose are you?”  I have been asking myself this a lot over the last 9 months, and learning a lot about myself too.  Whose am I?

You see every time I have had a big transition in my life, The Lord leads me to the book of Joshua, which pretty much means The Lord is leading me into the land of giants.  And this has been fine when it was just me or just me and my husband, but now with a family it was all different.  What would my obedience cost my kids who could not defend themselves?  How could I be so selfish as to take them into the land of giants?  What was being asked of me was completely counterintuitive to what I know as my role of a mom.  It is one thing giving my kids up to The Lord and trusting him to help them make the right decisions to stay out of trouble when I am not there.  It is a completely different thing to take my kids into trouble  with me, voluntarily.

The heaviness of these questions and this situation lead me to look back to the place where Joshua first saw the giants.  Maybe there was something there that could get me out of the paralyzed state I was in, something that moved Joshua to be okay going in to the land of giants.  So before I began to read Joshua, I flipped back to Numbers and Deuteronomy. 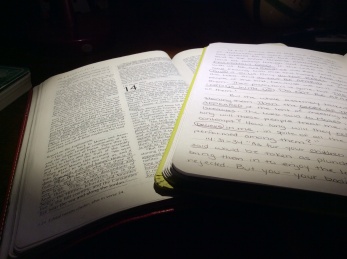 I do not have enough time to go into all that I learned through taking those steps backwards.  But one thing that was blazingly clear was made so by these verses.  The different responses to fear.  See, 12 Israelites went to scout out the land they were headed into.  They all saw the same thing, but their reports were divided, some positive, more negative.

Num 13:23 “When they reached the Valley of Eshkol, they cut off a branch bearing a single cluster of grapes.  Two of them carried it on a pole between them, along with some pomegranates and figs.”

Num 13:27-28, 30 “They gave Moses this account: ‘We went into the land to which you sent us, and it does flow with milk and honey!  Here is its fruit.  But the people who live there are powerful, and the cities are fortified and very large.  We even saw decendants of Anak there…Then Caleb silenced the people before Moses and said, ‘we should go up and take possession of the land, for we can certainly do it.'”

Then the people respond:

Num 14:2-4 “All the Israelites grumbled against Moses and Aaron, and the whole assembly said to them, ‘If only we had died in Egypt!  Or in this wilderness!  Why is The Lord bringing us to this land only to let us fall by the sword?  Our wives and children taken as plunder.  Wouldn’t it be better for us to go back to Egypt?’  And they said to each other, ‘we should choose a leader and go back to Egypt.”

Num 14:6-9 “Joshua son of Nun and Caleb son of Jephunneh, who were among those who had explored the land, tore their clothes and said to the entire Israelite assembly, ‘The land we passed through and explored is exceedingly good.  If the LORD is pleased with us, he will lead us into that land, a land flowing with milk and honey, and will give it to us.  Only do not rebel against the LORD.  And do not be afraid of the people of the land, because we will devour them.  Their protection is gone, but The LORD is with us.  Do not be afraid of them.'”

However, the people decided that obedience was too scary, and so they chose fear.  They chose to follow those afraid and to be afraid themselves.  They worried about their families, their spouse, their children.  And the Lord responded:

Num 14:10-11 “But the whole assembly talked about stoning them.  Then the glory of the LORD appeared at the tent of meeting to all the Israelites.  The LORD said to Moses, ‘How long will these people treat me with contempt?  How long will they refuse to believe in me, in spite of all the signs I have performed among them?”

Num 14:31-34 “As for your children that you said would be taken as plunder,  I will bring them in to enjoy the land you have rejected.  But you-your bodies will fall in this wilderness.  Your children will be shepherds here for forty years, suffering for your unfaithfulness, until the last of your bodies lies in the wilderness.  For forty years-one year for each of the forty days you explored the land-you will suffer for your sins and know what it is like to have me against you.”

Their fear of obedience, their fear of the giants ahead, their desire to protect their families from the dangerous places (even though God was leading them there), in the end resulted in something much worse.    It resulted in the fear-led generation all dying off, never to fulfill their purpose of going in and taking over the land promised to them by The Lord.  It also led to the children wandering and suffering for forty years. The “looking out for the kids” became the exact thing that made them suffer.  And to top it off, really, in the end, the parents left the job of giant fighting to their children instead of doing it themselves.

Their fear of obedience completely eclipsed their fear of what might happen if they disobeyed.  Their fear for their families, their kids completely outweighed their fear of The Lord.  It was in these passages that I realized that I was being asked, “Whose am I?”  I know who my children belong to, but do I remember who I belong to?  Do I remember that before I am a boss or a friend or a mommy or a spouse that I am the Lord’s?  Do I remember that my glory, my role, and my identity belong to him first?  And do I remember that the only way to love and protect those I care about most is to hold on to my real identity and follow in obedience to the one to whom I truly belong?  I am trying to.  For the last 9 months, I have been trying to.

I want to be like the generation of the Israelite children in the wilderness, not the parents.  The children, like their parents before them, were again presented a choice when heading into the land of Giants. Fear and disobedience or life in obedience.

Deut. 30: 19b-20 “Now choose life, so that you and your children may live and that you may love the LORD your God, listen to his voice, and hold fast to him.  For the LORD is your life, and he will give you many years in the land he swore to give your fathers, Abraham, Isaac, and Jacob.” 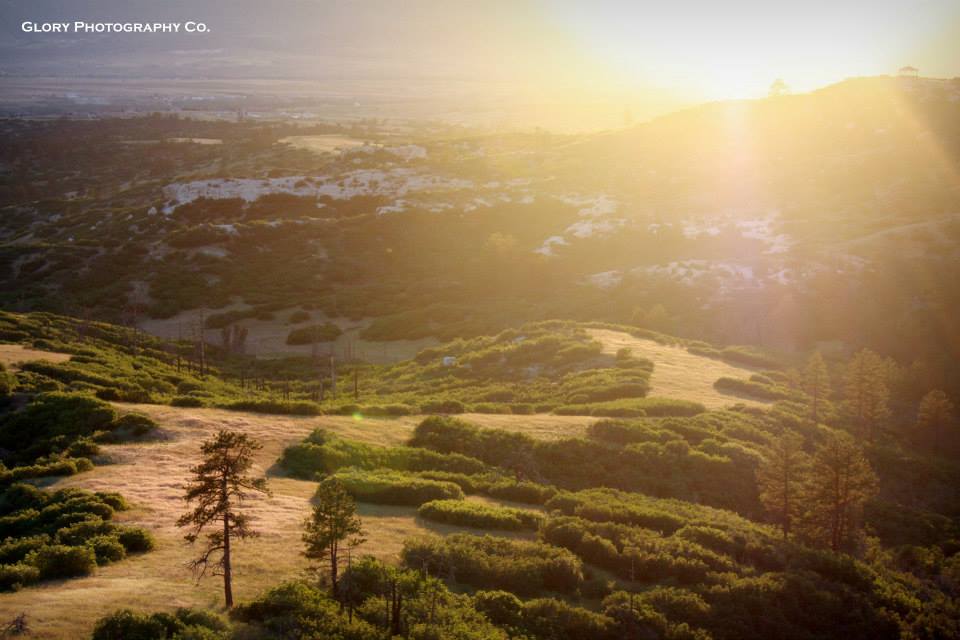 And so, at least this time, by God’s grace, I am trying to choose life.  I have given my work a year’s notice (yes, it’s long but in roles where you raise support, I thought it fair) and I will be done next August.  I still do not know what comes next for me.  I still see the giants at times and still feel very much afraid of them some days.  But “the LORD is your (my) life”, so it is his that I choose to be.   Today, I choose to be the Lord’s first.  Today I choose obedience over fear.  Today I choose life.